Workshop on “Best practices in Privatisation”

The Regional Centre of Excellence (‘RCE’) of the Financial Services Commission, Mauritius in collaboration with the Organisation for Economic Co-operation and Development, has the pleasure to invite you or your representative from your organisation to attend a workshop on “Best practices in Privatisation” on Friday 27 November 2020 at 13.00 hrs at the RCE, 7th Floor Nex Tower, Ebene.

The workshop will introduce the main trends in privatisation, the changing ownership landscape for listed companies around the world and the key trends in capital markets development. The four main stages of the privatisation process will be covered, including:

(i)   How to steer an initial public offering;

(ii)  Advisory services for the company and owner; and

(i)   Carrying out post-privatisation evaluation;

Participants will be invited to discuss domestic experiences in state ownership and privatisation practices, reflecting on local conditions and international developments.

For additional information, you may contact Ms Kirti Tohul on 404 5607 Ext. 7253 or rce@fscmauritius.org

Parking:  Access to parking at the Altima Building will be provided to all participants.

Local guests are requested to be present by 12.30 for registration purposes. 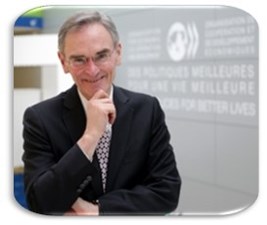 Mr. Greg Medcraft has extensive financial markets experience in both the private and public sectors. He began his career with accounting firm KPMG before moving to Société Générale, where he served in Australia, Asia, Europe and the Americas working on corporate finance, then capital markets, structured finance, project finance and funds management. Mr Medcraft became Société Générale’s Deputy Global Head of Financial Engineering, and finished his career there as Managing Director and Global Head of Securitisation. 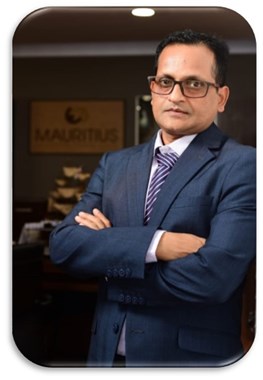 Mr Dhanesswurnath Thakoor is the Chief Executive of the Financial Services Commission, Mauritius (FSC) since 18 May 2020. He holds a Masters’ Degree in Information Technology, Electronics and Systems Automation from Ecole Universitaire d’Ingénieurs de Lille - France and an MBA with Specialisation in Finance. He has over 25 years of Central Banking experience.

Prior to joining the Commission, he held the post of Assistant Director - Payments Systems and the Mauritius Credit Information Bureau (MCIB) at the Bank of Mauritius (BoM). He was also a member of the internal Fintech Committee and a member of the National Regulatory Sandbox License technical committee at the BoM. Mr Thakoor was the country representative of the SADC Payment System Project and participated as payment system expert in the Regional Payment and Settlement System of the COMESA Clearing House.

He has been involved in a number of Fintech projects, amongst which the National Payment Switch and the Instant Payment System. He is a member of the: National AML/CFT Committee, National Regulatory Sandbox Licence Committee, the National Sanctions Committee, FSC Regional Centre of Excellence Governing Board and the Financial Reporting Council. 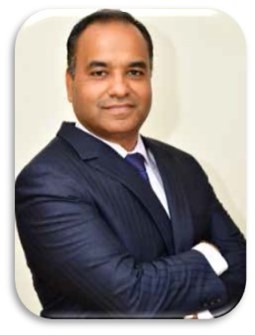 Kamal Burun joined the Financial Services Commission, Mauritius as Assistant Director, Capital Markets in January 2019 where he oversees the supervision and the authorisation functions.   In his current role he engages with stakeholders to further the objectives of the Commission with a focus on development of the capital market sector in Mauritius.

Prior to joining FSC, Kamal Burun worked for a major international banking group where he held various positions in Mauritius and in Hong Kong. There, he led the migration of the group’s Indian securities investment business to Mauritius to enable the group access the Indian stock exchanges.

He worked on various internal mergers and reorganisations in an advisory role and served as director of a number of investment companies and funds.

Previously, Kamal Burun also worked as a consultant advising on cross-border tax planning in the UK. He is a member of the Chartered Institute for Securities and Investments (UK), Fellow of the Association of Chartered Certified Accountants (UK) and a Chartered Tax Adviser (UK). He is also an active member of the Executive Committee of the International Fiscal Association – Mauritius Branch. 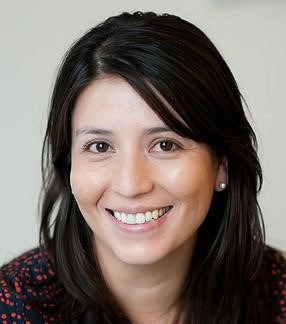 Dr. Alejandra Medina (PhD) is a Financial Economist in the Corporate Governance and Corporate Finance Division of the OECD Directorate for Financial and Enterprise Affairs. She has worked extensively on capital markets and corporate governance issues, including corporate access to finance, institutional investors, ownership structure and market structures.

Her recent work focuses on the ownership structure of listed companies around the world, and the functioning of capital markets and the conditions for companies to access market-based finance. She has been part of the OECD team advising Italy, Portugal, Croatia and Romania on how to make capital markets better serve the real economy.

She also has been part of the team producing the Asia Equity Market Review that follows and analyses trends in Asian public equity markets. Prior to joining the OECD, Dr. Alejandra Medina thought Corporate Finance at the University of British Columbia in Canada. She served previously as part of the capital markets advisory team at the Chilean Ministry of Finance, and worked as a financial analyst and corporate bond trader at Provida, a Chilean pension fund manager.

She holds a Ph.D. in Finance from the University of British Columbia (Canada), a M.Phil. in Financial Economics and a B.A. in Business Economics from the Pontificia Universidad Católica (Chile). 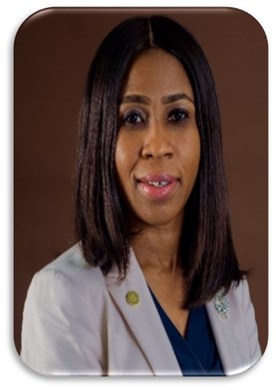 Ms. Oluwatoyin Alake is an experienced Financial Market Expert, passionate about applying her understanding of economies, markets and financial instruments to deepen investment solutions. At the Nigerian Stock Exchange where she currently heads the Secondary Markets Department, she is responsible for improving the depth of the Nigerian Securities Market through the creation of investment vehicles, as well as enhancing the depth of domestic market. Ms. Oluwatoyin Alake was instrumental to the launch of Federal Government Savings Bond, Green Bond, Exchange Traded Funds, as well as listing of dollar denominated instruments on the Nigerian Bourse. She also facilitates market structure design and liquidity programs across product markets on the NSE.

With over 13 years’ experience in the financial market, she is an enthusiast for deep and efficient financial markets as well as its importance in achieving sustainable development in Africa. She is also an advocate for instituting targeted incentives to promote small and medium scale enterprises (SME) access to long term funding via capital market. 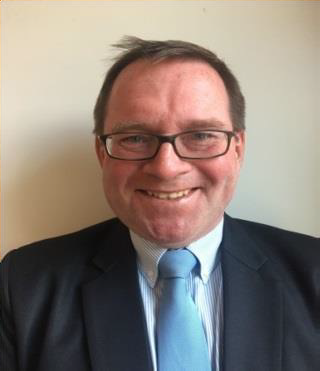 Mr. Hans Christiansen is a Senior Economist in the OECD Corporate Governance and Corporate Finance Division He joined the Division after previous postings in the OECD Investment Division, Financial Affairs Division and the Economics Directorate Prior to joining OECD, he worked for the Bank for International Settlements (in Switzerland). Mr. Christiansen’s currently acts as the secretary to the OECD Working Party on State Ownership and Privatisation Practices, which is the custodian of the OECD Guidelines on Corporate Governance of SOEs.

His current assignments includes OECD’s ongoing projects on State Owned Enterprises in the World Economy, OECD’s new work stream on fighting corruption in SOEs, responsibility for the OECD Network on Corporate Governance of Asian SOEs, as well as reforming the SOE sectors in a number of countries including by conducting country reviews. A Danish national, he holds a graduate degree in Political Economics from the University of Copenhagen.

His current assignments includes OECD’s ongoing projects on State Owned Enterprises in the World Economy, OECD’s new work stream on fighting corruption in SOEs, responsibility for the OECD Network on Corporate Governance of Asian SOEs, as well as reforming the SOE sectors in a number of countries including by conducting country reviews. A Danish national, he holds a graduate degree in Political Economics from the University of Copenhagen. 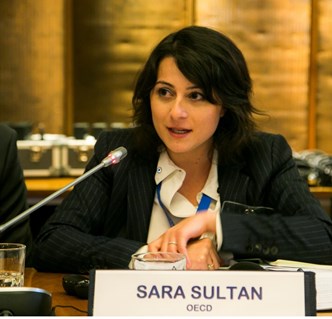 Sara joined the OECD Directorate for Financial and Enterprise Affairs in 2007, specialising in state-owned enterprise governance and private sector development.

She has authored numerous reports including on privatisation, competitive neutrality, disclosure, and board practices and leads OECD’s corporate governance work in Ukraine and sub-Saharan Africa.

Prior to joining the OECD, Ms. Sultan worked in the field of international development. She has an M.P.A. from the Institut d’Études Politiques de Paris (Sciences Po) and a B.A. from the University of California, Berkeley. She is a native of the San Francisco Bay Area. 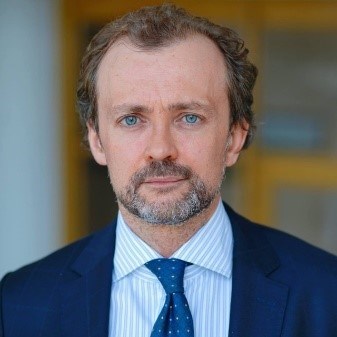 Dr. Andriy Boytsun advises on corporate governance reform in SOEs and privatisation. In 2016–2018, he was an independent member of the SOE Nomination Committee, responsible for nominating CEOs and board members in Ukraine’s most important SOEs.

He is a co-founder of the Ukrainian Corporate Governance Academy. Previously, he was Research Director at the Centre for Economic Strategy, Ukraine’s leading economic.

Prior to that, as Adviser to the CEO of Naftogaz, he designed its corporate governance reform making it a pioneer in Ukraine.

He was Assistant and later Visiting Professor and Research Fellow at the University of Antwerp. Dr Boytsun holds a PhD in Economics from the same University, with a thesis on corporate governance. 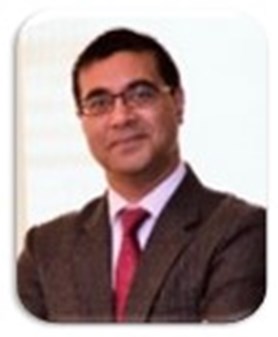 An Economics graduate and chartered accountant, Mr. Huns Biltoo is a Partner with KPMG Mauritius and leads the Transactions Advisory and Risk Consulting business units of KPMG . He has 20 years professional experience earned in London, Paris, and Mauritius. Huns has extensive advisory experience in restructuring, strategic reviews, independent business reviews, transactions and due diligences. In Mauritius, his credentials include Capital Markets Advisory, Financial due diligences; corporate structuring and transactions advisory. He also acts as financial expert witness in commercial litigations and disputes. 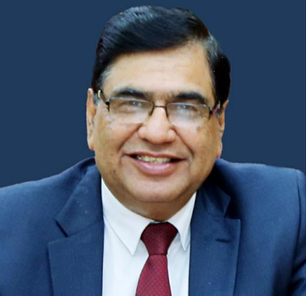 Mr. Atul Sobti is the Director General of Standing Conference of Public Enterprises (SCOPE), an apex body of the State Owned Enterprises (SOEs) of India. Prior to taking over as DG, SCOPE, Mr. Atul Sobti was Chairman & Managing Director of Bharat Heavy Electricals Limited (BHEL), one of India’s largest engineering and manufacturing enterprise in energy and infrastructure sectors.

Mr. Sobti is a Mechanical Engineering Graduate with Post-Graduation in International Management and Diploma in Project Management. He is also Fellow of the Indian National Academy of Engineering and the Institution of Engineers (India).

He has a wide-ranging experience in the areas of Strategic Management, Corporate Governance, International Business, Marketing, Business Development, Project Management, Manufacturing, and Operations.

Mr. Sobti has been honoured with number of awards including the Eminent Engineering Personalities Award by Institution of Engineers, Most Admired Leader Award 2020, Excellence Award 2019 for Nation Building, Award for Excellent Contribution in Power Sector Development, CEO with HR orientation, Visionary Leader in Heavy Engineering, Excellence Award for Leadership etc. 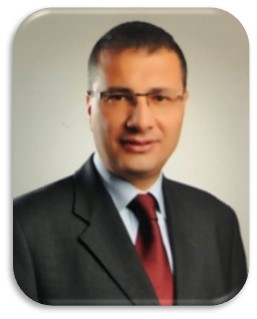 A graduate of the International Relations at Gazi University in 1989, Mr. Çelebi has an MA degree in International Relations from Ankara University and MBA degree from Fairleigh Dickinson University, New Jersey. He earned his PhD degree in 2010 from Gazi University in Ankara. He commenced his professional career in the Foreign Relations and European Communities Department of Ministry of Transport in 1989. Since 1994 he has been working for the Privatization Administration of Turkey as a senior expert and head of department and vice president.

Among the major privatization applications, he:

Kindly register using the form below to have access to the video.